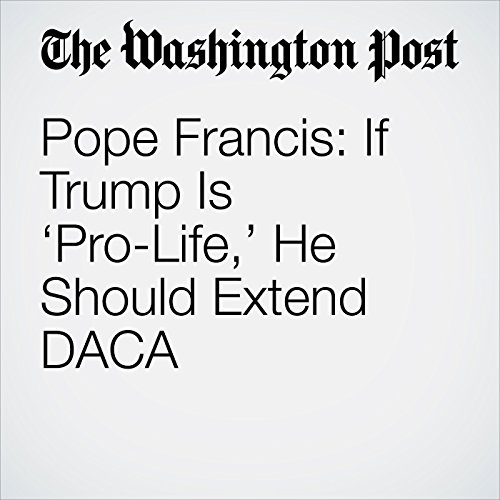 Weighing in on two areas of disagreement with a U.S. president with whom he has already clashed, Pope Francis said Monday that climate science is clearly true and that President Trump should allow young immigrants to stay in the United States if he is truly “pro-life.”

"Pope Francis: If Trump Is ‘Pro-Life,’ He Should Extend DACA" is from the September 11, 2017 Acts of Faith section of The Washington Post. It was written by Julie Zauzmer and narrated by Sam Scholl.