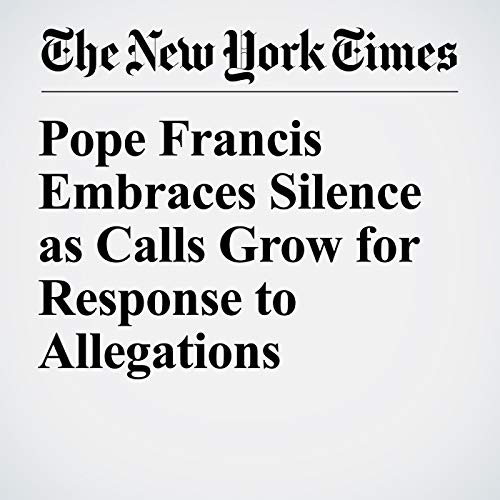 ROME — As a clamor builds for Pope Francis to respond to the stunning allegations by his former ambassador in Washington that Francis covered up abuse and lied about a meeting with a prominent opponent to same-sex marriage, the pontiff has extolled the virtues of silence.

"Pope Francis Embraces Silence as Calls Grow for Response to Allegations" is from the September 03, 2018 World section of The New York Times. It was written by Jason Horowitz and narrated by Kristi Burns.