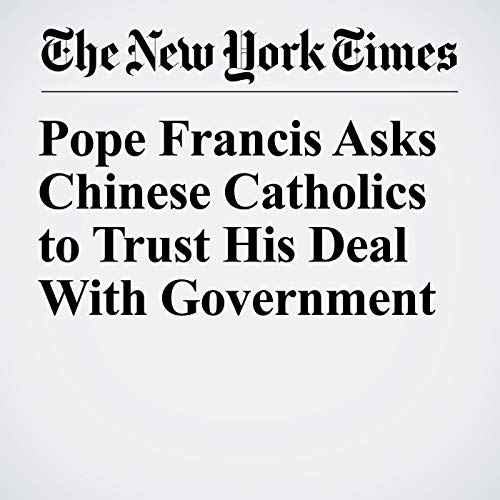 ROME — Responding to confusion about his agreement with the Chinese government, Pope Francis on Wednesday urged Chinese Catholics to trust in his decision to unify the Roman and state-run Catholic churches, assuring his often-persecuted flock that he appreciated their sacrifices but that China represented a “land of great opportunities” for the church.

"Pope Francis Asks Chinese Catholics to Trust His Deal With Government" is from the September 26, 2018 World section of The New York Times. It was written by Jason Horowitz and narrated by Kristi Burns.