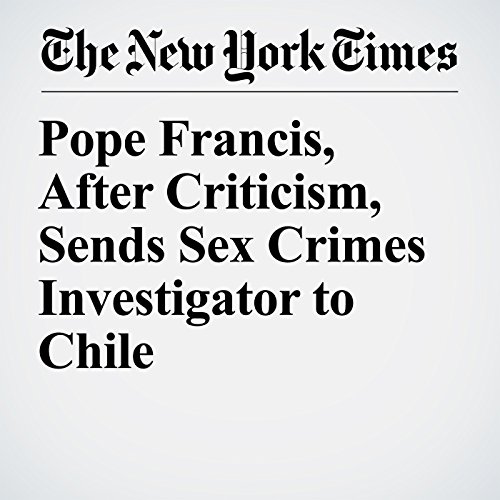 When it comes to sexual abuse in the Roman Catholic Church, supporters of Pope Francis are hoping that if indeed he was blind, now he sees.

"Pope Francis, After Criticism, Sends Sex Crimes Investigator to Chile" is from the January 30, 2018 World section of The New York Times. It was written by Jason Horowitz and narrated by Keith Sellon-Wright.