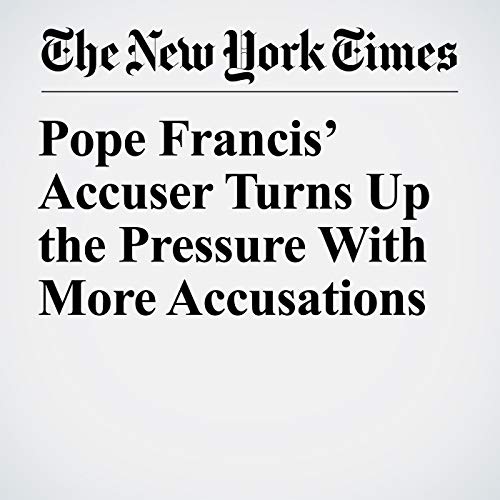 ROME — The archbishop who accused Pope Francis of covering up a cardinal’s sexual misconduct has escalated his offensive with new, detailed accusations that put increasing pressure on a pontiff who the archbishop and his supporters say has misled the faithful and should resign.

"Pope Francis’ Accuser Turns Up the Pressure With More Accusations" is from the September 01, 2018 World section of The New York Times. It was written by Jason Horowitz and narrated by Kristi Burns.