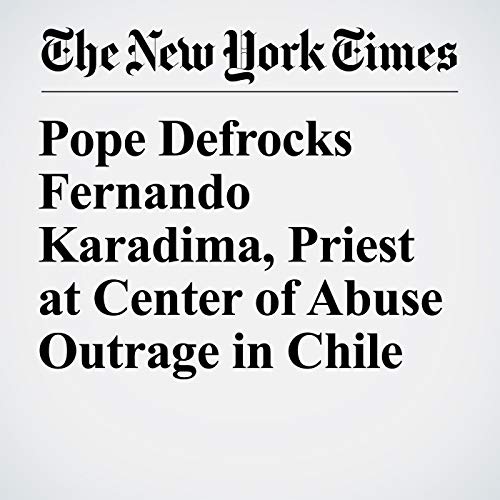 SANTIAGO, Chile — Pope Francis has defrocked a once-prominent priest whose case has been at the center of public outrage about clerical sexual abuse and its concealment in Chile, in a rare move that Vatican officials said showed his determination to tackle a scandal that has roiled the Catholic Church here and around the world.

"Pope Defrocks Fernando Karadima, Priest at Center of Abuse Outrage in Chile" is from the September 29, 2018 World section of The New York Times. It was written by Pascale Bonnefoy and narrated by Kristi Burns.