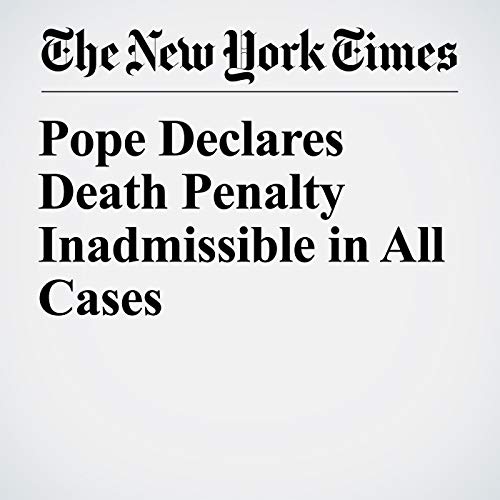 ROME — Pope Francis has declared the death penalty inadmissible in all cases because it is “an attack” on the “dignity of the person,” the Vatican announced Thursday, in a definitive shift in Roman Catholic teaching that could put enormous pressure on lawmakers and politicians around the world.

"Pope Declares Death Penalty Inadmissible in All Cases" is from the August 02, 2018 World section of The New York Times. It was written by Elisabetta Povoledo and Laurie Goodstein and narrated by Kristi Burns.