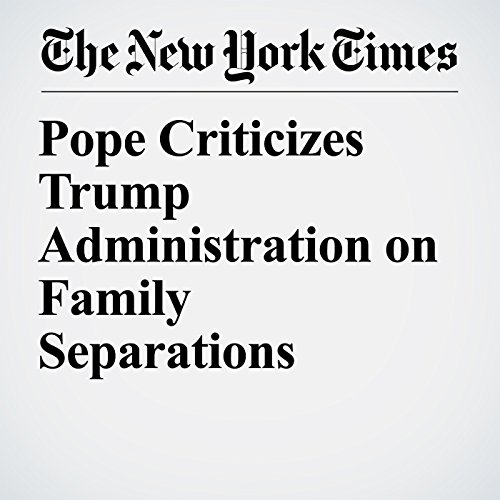 ROME — Pope Francis has criticized the Trump administration’s separation of migrant children from their parents, saying in an interview that “populism is not the solution” to a migration crisis that is transforming global politics.

"Pope Criticizes Trump Administration on Family Separations" is from the June 20, 2018 World section of The New York Times. It was written by Jason Horowitz and narrated by Kristi Burns.