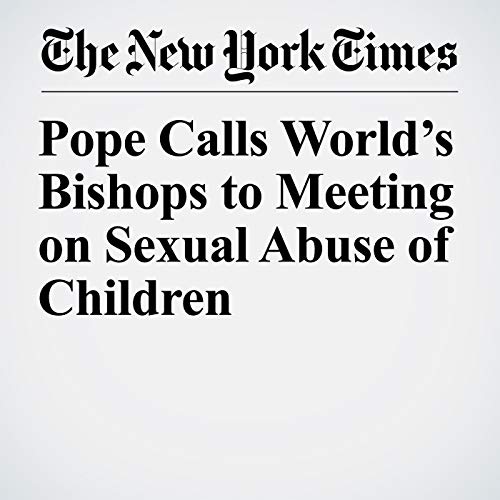 VATICAN CITY — Pope Francis has summoned bishops from around the world to Rome for an unprecedented meeting focused on protecting minors, the Vatican announced Wednesday, as the pontiff wrestles with a global clerical sexual abuse crisis and explosive accusations of a cover-up that have shaken his papacy and the entire Roman Catholic Church.

"Pope Calls World’s Bishops to Meeting on Sexual Abuse of Children" is from the September 12, 2018 World section of The New York Times. It was written by Jason Horowitz and narrated by Kristi Burns.