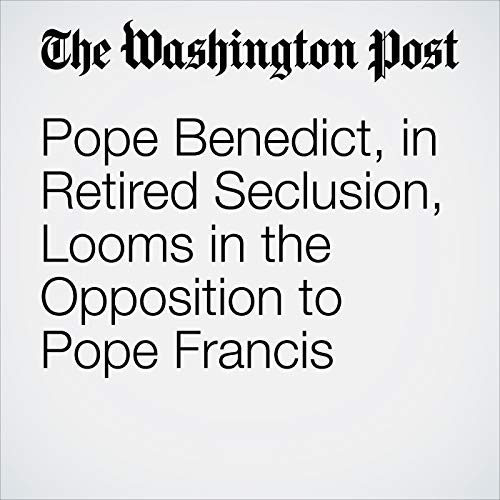 Ever since Pope Benedict XVI became the first pontiff in six centuries to abdicate the papacy, transitioning to a life of near seclusion in a Vatican City monastery, there have been questions about how the notion of two living popes would impact the Roman Catholic Church.The events of last week offer something of an answer.

"Pope Benedict, in Retired Seclusion, Looms in the Opposition to Pope Francis" is from the September 02, 2018 World section of The Washington Post. It was written by Chico Harlan and Stefano Pitrelli and narrated by Sam Scholl.