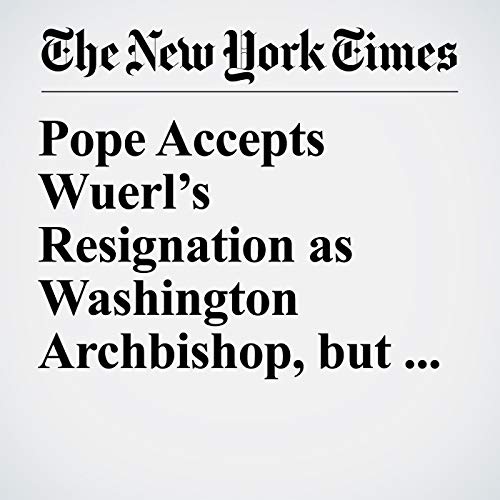 VATICAN CITY — Pope Francis on Friday accepted the resignation of Cardinal Donald Wuerl, the archbishop of Washington, a moment many victims of clerical abuse had hoped would demonstrate his commitment to holding bishops accountable for mismanaging cases of sexual misconduct.

"Pope Accepts Wuerl’s Resignation as Washington Archbishop, but Calls Him a Model Bishop" is from the October 12, 2018 World section of The New York Times. It was written by Jason Horowitz, Elizabeth Dias and Laurie Goodstein and narrated by Barbara Benjamin-Creel.