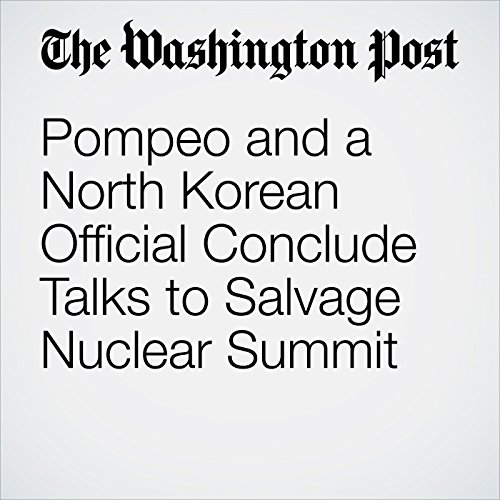 Secretary of State Mike Pompeo and a senior North Korean official ended two days of talks Thursday with no immediate announcement that a canceled summit between North Korean leader Kim Jong Un and President Trump is back on.

"Pompeo and a North Korean Official Conclude Talks to Salvage Nuclear Summit" is from the May 31, 2018 National section of The Washington Post. It was written by Carol Morello and Anne Gearan and narrated by Sam Scholl.