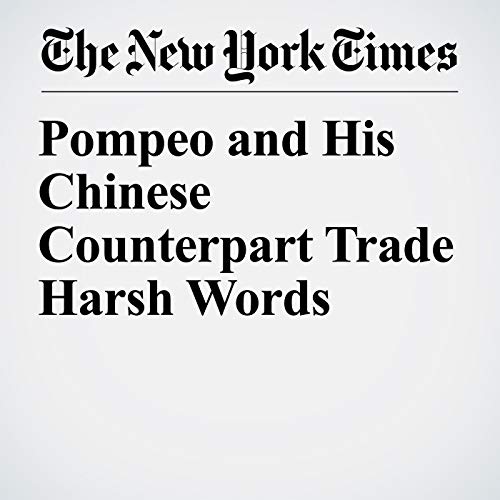 BEIJING — In unusually blunt language to a U.S. secretary of state, China’s foreign minister accused the United States on Monday of interfering in its internal affairs and of harming his nation’s interests on the question of Taiwan.

"Pompeo and His Chinese Counterpart Trade Harsh Words" is from the October 08, 2018 World section of The New York Times. It was written by Jane Perlez and narrated by Keith Sellon-Wright.