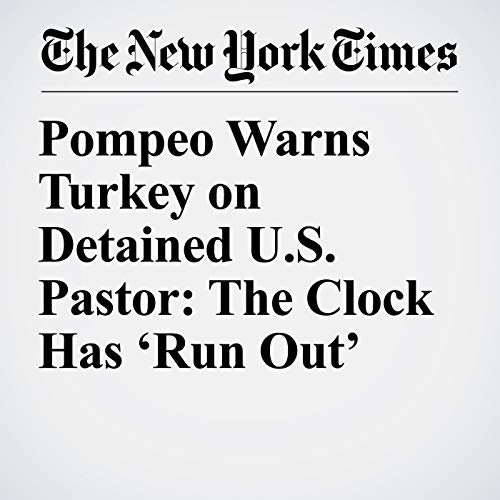 SINGAPORE — Declaring that “the clock had run out,” Secretary of State Mike Pompeo urged Turkey on Friday to free a U.S. pastor imprisoned on espionage charges, in a case that had spurred the United States to impose sanctions against two top Turkish government officials.

"Pompeo Warns Turkey on Detained U.S. Pastor: The Clock Has ‘Run Out’" is from the August 03, 2018 World section of The New York Times. It was written by Richard C. Paddock and narrated by Fleet Cooper.