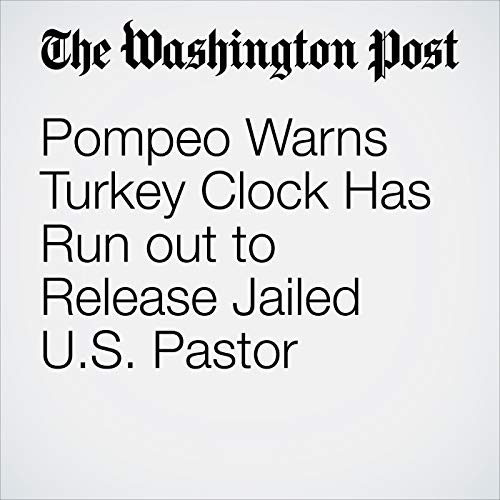 Secretary of State Mike Pompeo urged Turkey to release an imprisoned American pastor whose case has been a sore point between Ankara and Washington, and acknowledged that it will take a long time to achieve the denuclearization of North Korea.

"Pompeo Warns Turkey Clock Has Run out to Release Jailed U.S. Pastor" is from the August 03, 2018 National section of The Washington Post. It was written by Carol Morello and Shibani Mahtani and narrated by Jenny Hoops.