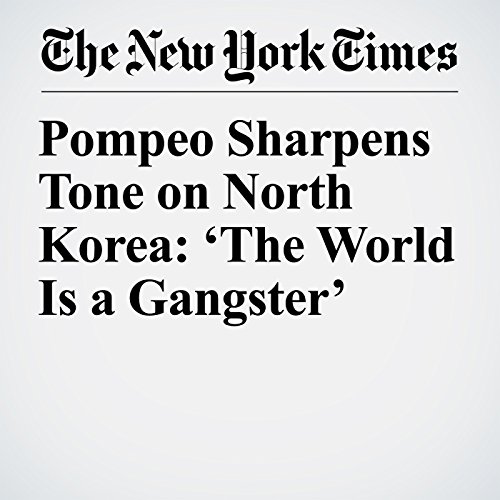 Secretary of State Mike Pompeo shot back at North Korean officials for characterizing U.S. diplomatic behavior as gangster-like, saying Sunday that if that were true, then “the world is a gangster.”

"Pompeo Sharpens Tone on North Korea: ‘The World Is a Gangster’" is from the July 08, 2018 U.S. section of The New York Times. It was written by Gardiner Harris and narrated by Keith Sellon-Wright.