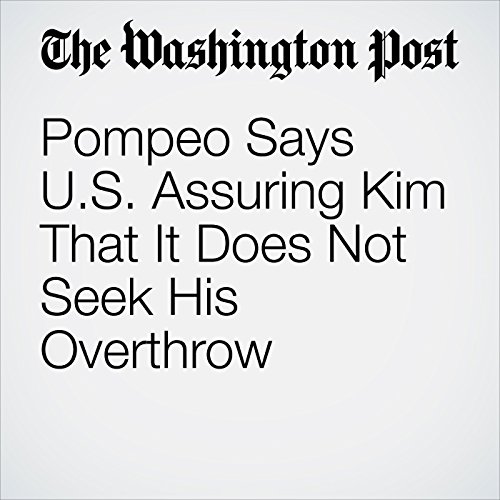 The United States is assuring North Korean leader Kim Jong In that his ouster is not part of the agenda for the summit next month between Kim and President Trump, Secretary of State Mike Pompeo said Sunday.

"Pompeo Says U.S. Assuring Kim That It Does Not Seek His Overthrow" is from the May 13, 2018 Politics section of The Washington Post. It was written by Carol Morello, Anne Gearan and narrated by Sam Scholl.