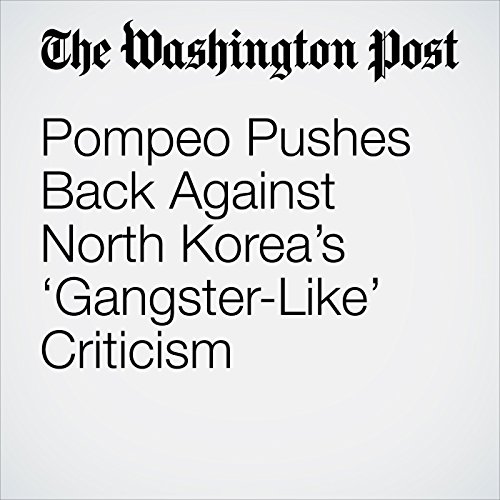 Secretary of State Mike Pompeo shot back against North Korea on Sunday, saying the regime’s criticism that U.S. negotiators acted in a “gangster-like” way during his two-day visit to Pyongyang was unfounded.

"Pompeo Pushes Back Against North Korea’s ‘Gangster-Like’ Criticism" is from the July 08, 2018 World section of The Washington Post. It was written by John Hudson and Adam Taylor and narrated by Sam Scholl.