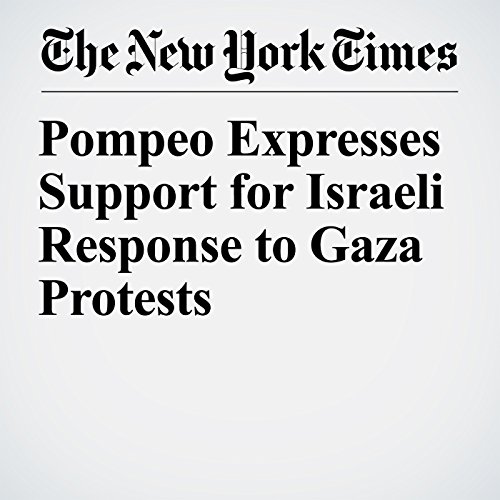 AMMAN, Jordan — Secretary of State Mike Pompeo, speaking in Jordan at the end of a four-day, four-nation tour through the Middle East, expressed support Monday for Israel and its response to weekly protests in Gaza that have left dozens of people dead.

"Pompeo Expresses Support for Israeli Response to Gaza Protests" is from the April 30, 2018 U.S. section of The New York Times. It was written by Gardiner Harris and narrated by Kristi Burns.