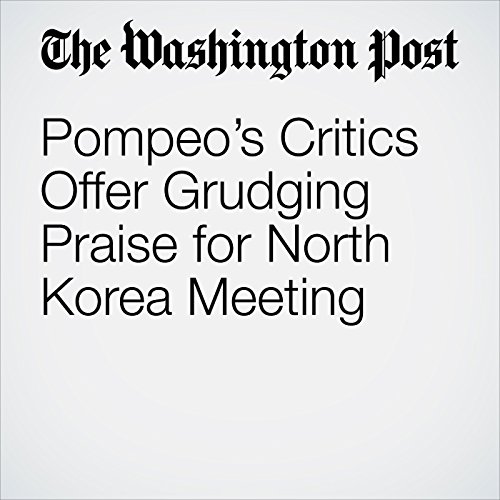 Secretary of State nominee Mike Pompeo’s newly disclosed trip to North Korea to lay the groundwork for denuclearization talks is earning him grudging praise from senators opposed to his bid to be the nation’s top diplomat — a potentially important development as Pompeo tries to shore up at least some Democratic support for his confirmation vote.

"Pompeo’s Critics Offer Grudging Praise for North Korea Meeting" is from the April 18, 2018 Politics section of The Washington Post. It was written by Karoun Demirjian and narrated by Sam Scholl.