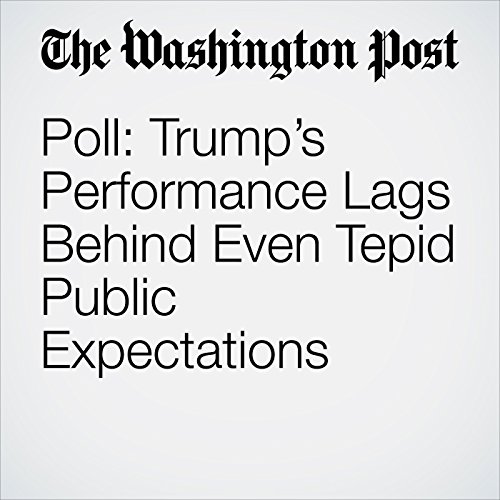 A majority of Americans say President Trump has not accomplished much during his first nine months in office and they have delivered a report card that is far harsher even than the tepid expectations they set for his tenure when he was sworn into office, according to a new Washington Post-ABC News survey.

"Poll: Trump’s Performance Lags Behind Even Tepid Public Expectations" is from the November 05, 2017 Politics section of The Washington Post. It was written by Dan Balz and Scott Clement and narrated by Sam Scholl.