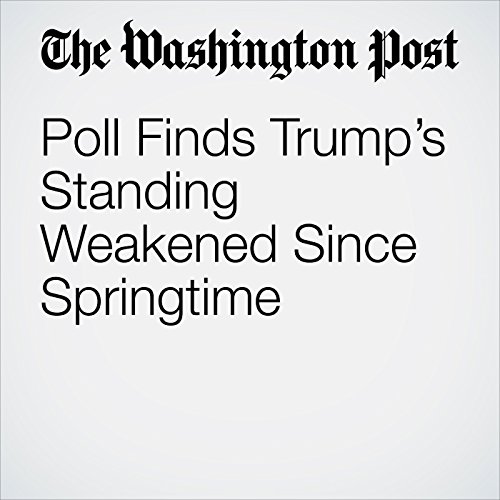 President Trump’s standing with the American people has deteriorated since the spring, buffeted by perceptions of a decline in U.S. leadership abroad, a stalled presidential agenda at home and an unpopular Republican health-care bill, according to a new Washington Post-ABC News poll.

"Poll Finds Trump’s Standing Weakened Since Springtime" is from the July 16, 2017 Politics section of The Washington Post. It was written by Scott Clement and Dan Balz and narrated by Sam Scholl.