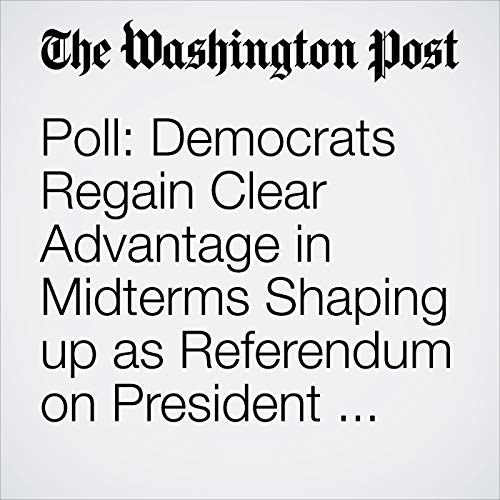 Two months ahead of the midterm elections, Democrats hold a clear advantage over Republicans in congressional vote support, with antipathy toward President Trump fueling Democratic enthusiasm, even among those in the party who stayed home four years ago, a new Washington Post-ABC News poll finds.

"Poll: Democrats Regain Clear Advantage in Midterms Shaping up as Referendum on President Trump" is from the September 04, 2018 Politics section of The Washington Post. It was written by Scott Clement and Dan Balz and narrated by Sam Scholl.