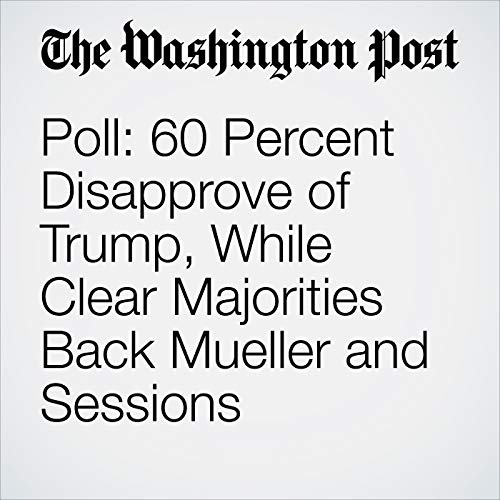 President Trump’s disapproval rating has hit a high point of 60 percent, according to a new Washington Post-ABC News poll that also finds that clear majorities of Americans support the special counsel’s Russia investigation and say the president should not fire Attorney General Jeff Sessions.

"Poll: 60 Percent Disapprove of Trump, While Clear Majorities Back Mueller and Sessions" is from the August 31, 2018 Politics section of The Washington Post. It was written by Philip Rucker and Scott Clement and narrated by Jenny Hoops.