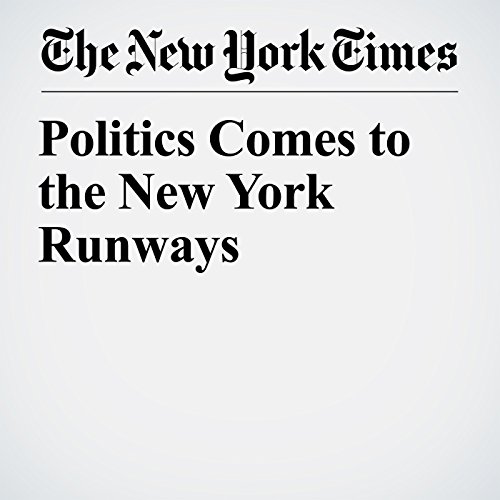 Should celebrities wear all-black to the Oscars? Ever since the Golden Globes, when they did exactly that (or most of them did) in support of Time’s Up, the movement to combat sexual harassment and gender inequality, this has been a question. Especially after the white-rose moment at the Grammys; especially since a similar all-black call has gone out to attendees of the British Academy Film Awards (the Baftas) this weekend.

"Politics Comes to the New York Runways" is from the February 12, 2018 Lifestyle section of The New York Times. It was written by Vanessa Friedman and narrated by Kristi Burns.