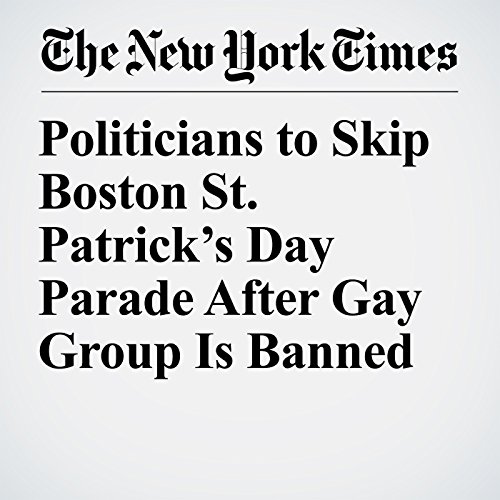 Some of Massachusetts’ top politicians said Wednesday that they would not attend the St. Patrick’s Day Parade in South Boston after organizers told a group of gay and transgender military veterans that they would not be allowed to march on March 17 after two years of LGBT inclusion in the event.

"Politicians to Skip Boston St. Patrick’s Day Parade After Gay Group Is Banned" is from the March 09, 2017 U.S. section of The New York Times. It was written by Liam Stack and narrated by Keith Sellon-Wright.