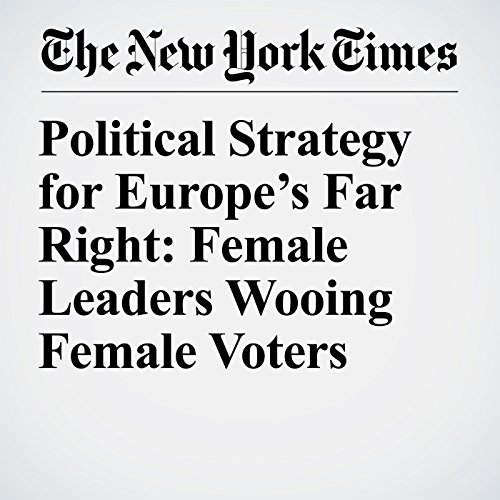 Gender is a useful wedge, though, when it comes to highlighting what has become one of their main planks: a critique of immigration, particularly from the Muslim world. The European far right has long seized on the hijab as a symbol of patriarchy; more recently it has said that attacks on gays and women in Muslim enclaves are evidence of the Islamic threat to European values.

"Political Strategy for Europe’s Far Right: Female Leaders Wooing Female Voters" is from the March 02, 2017 World section of The New York Times. It was written by Somini Sengupta and narrated by Caroline Miller.