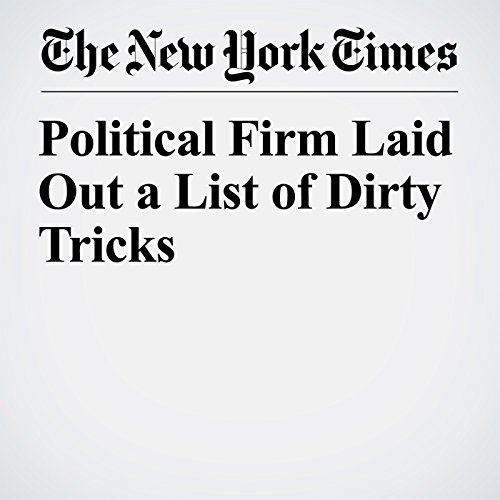 Sitting in a hotel bar, Alexander Nix, who runs the political data firm Cambridge Analytica, had a few ideas for a prospective client looking for help in a foreign election. The firm could send an attractive woman to seduce a rival candidate and secretly videotape the encounter, Nix said, or send someone posing as a wealthy land developer to pass a bribe.

"Political Firm Laid Out a List of Dirty Tricks" is from the March 20, 2018 U.S. section of The New York Times. It was written by Matthew Rosenberg and narrated by Kristi Burns.