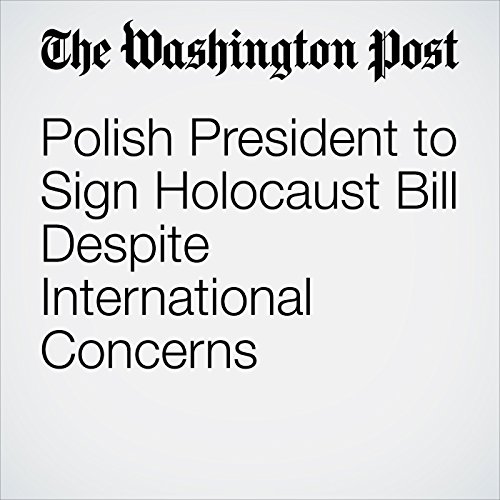 Poland’s president, Andrzej Duda, announced that he would sign a highly controversial bill Tuesday that would ban most Holocaust accusations against Poles as well as descriptions of Nazi death camps as Polish — likely raising tensions with the United States and Israel, which have criticized the measure.

"Polish President to Sign Holocaust Bill Despite International Concerns" is from the February 06, 2018 World section of The Washington Post. It was written by Rick Noack and narrated by Sam Scholl.