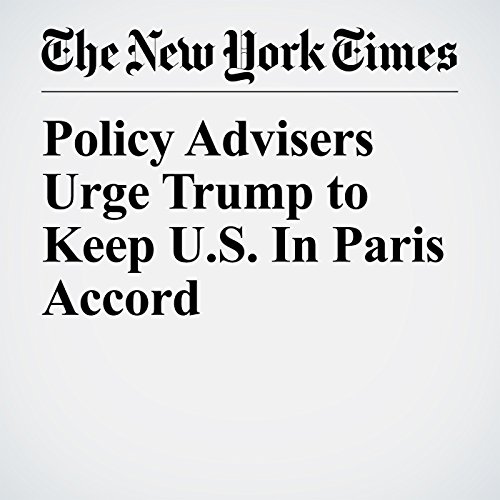 President Donald Trump’s most influential policy advisers are urging him to keep the United States in the landmark Paris climate accord of 2015, a move that would break one of his signature campaign promises and further downgrade the counsel of his senior strategist, Stephen Bannon.

"Policy Advisers Urge Trump to Keep U.S. In Paris Accord" is from the April 18, 2017 U.S. section of The New York Times. It was written by Coral Davenport and narrated by Keith Sellon-Wright.