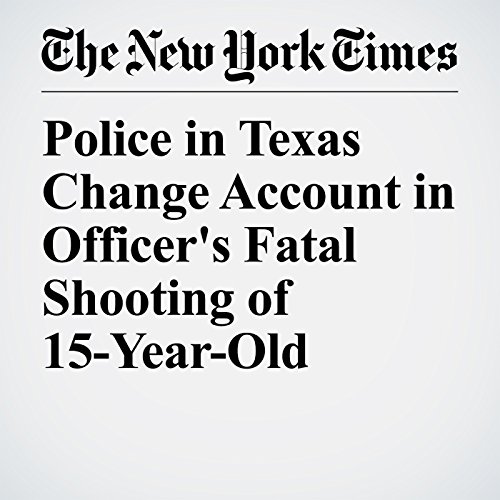 As family and friends mourned the death of a 15-year-old boy shot in the head by a police officer in a Dallas suburb over the weekend, the police chief said Monday that new evidence showed the killing did not unfold the way authorities had originally claimed.

"Police in Texas Change Account in Officer's Fatal Shooting of 15-Year-Old" is from the May 01, 2017 U.S. section of The New York Times. It was written by Liam Stack and Christine Hauser and narrated by Kristi Burns.