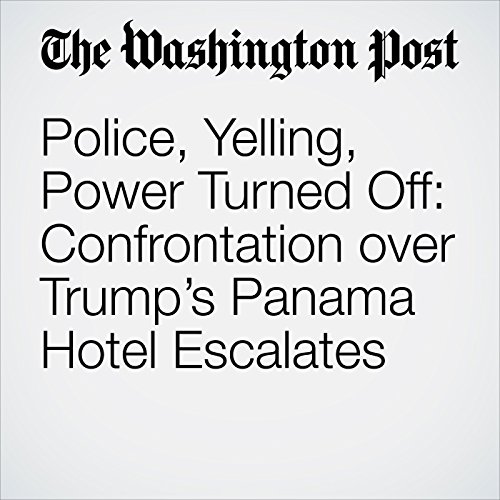 PANAMA CITY — The majority owner of President Trump’s only hotel in Latin America abruptly ordered Trump employees out of the property on Thursday, triggering a confrontation in which Trump employees refused to leave and asked police to intervene, according to the Trump Organization and local news reports.

"Police, Yelling, Power Turned Off: Confrontation over Trump’s Panama Hotel Escalates" is from the February 24, 2018 Politics section of The Washington Post. It was written by Ana Cerrud, David A. Fahrenthold and Jonathan O'Connell and narrated by Sam Scholl.