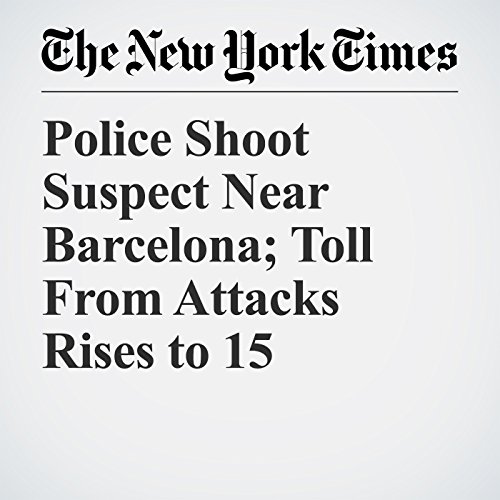 Police Shoot Suspect Near Barcelona; Toll From Attacks Rises to 15

A man wearing what was believed to be an explosive vest was shot by the police Monday afternoon in Subirats, a town west of Barcelona, in what may be a major break in the investigation into the terrorist attacks last week in Spain.

"Police Shoot Suspect Near Barcelona; Toll From Attacks Rises to 15" is from the August 21, 2017 World section of The New York Times. It was written by Patrick Kingsley and Raphael Minder and narrated by Keith Sellon-Wright.