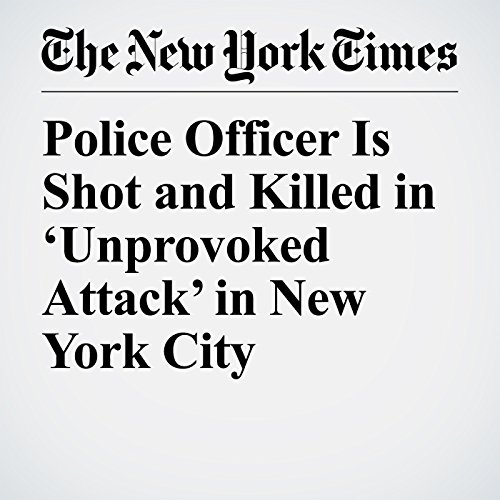 A police officer was shot and killed early Wednesday while sitting in a police vehicle in the Bronx, in what the New York City police commissioner called an “unprovoked attack.” The gunman was killed, police said.

"Police Officer Is Shot and Killed in ‘Unprovoked Attack’ in New York City" is from the July 05, 2017 U.S. section of The New York Times. It was written by Al Baker, Sewell Chan and Benjamin Mueller and narrated by Keith Sellon-Wright.