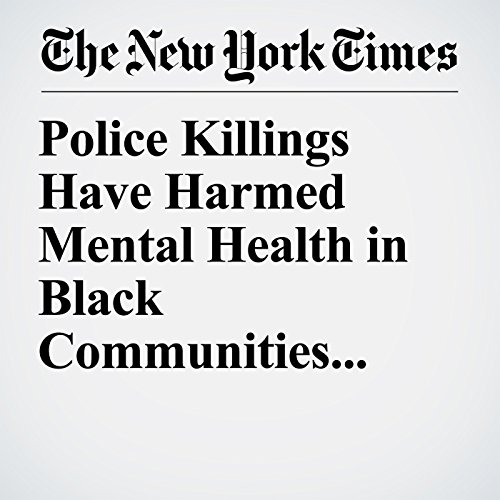 Activists for racial justice have long expressed concern that the rash of headline-grabbing police killings of black Americans was damaging the mental well-being of African-American communities.

"Police Killings Have Harmed Mental Health in Black Communities, Study Finds" is from the June 21, 2018 U.S. section of The New York Times. It was written by John Eligon and narrated by Keith Sellon-Wright.