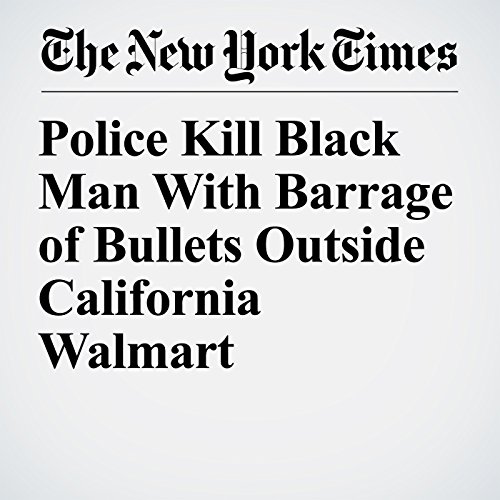 Police in a small inland California city are facing criticism after they opened fire on a car in a Walmart parking lot this month, killing the black man who had been driving and injuring one of his three passengers.

"Police Kill Black Man With Barrage of Bullets Outside California Walmart" is from the April 19, 2018 U.S. section of The New York Times. It was written by Matt Stevens and narrated by Kristi Burns.