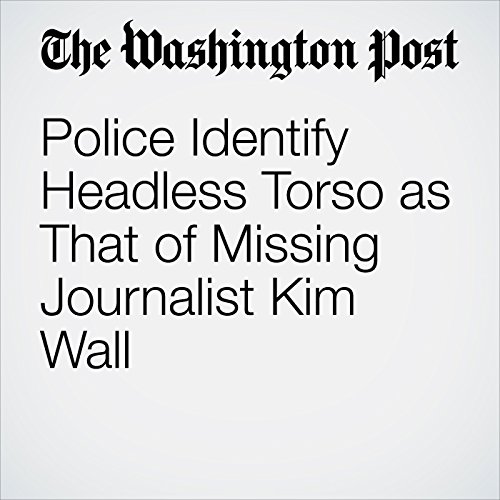 The identification of Wall’s remains marked a major turning point in a case that has gripped Denmark and journalists around the world since Wall vanished Aug. 10, while reporting aboard the submarine of inventor Peter Madsen.

"Police Identify Headless Torso as That of Missing Journalist Kim Wall" is from the August 23, 2017 WorldViews section of The Washington Post. It was written by Samantha Schmidt and Avi Selk and narrated by Sam Scholl.