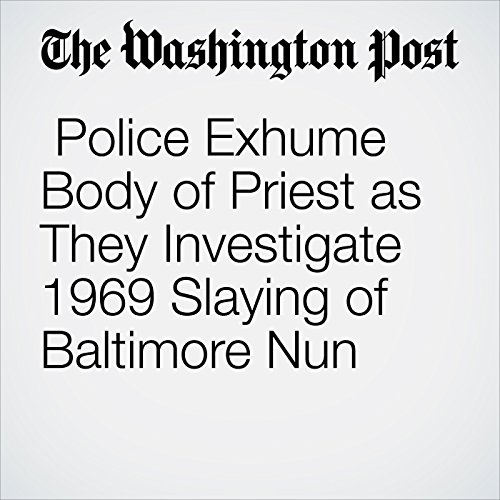 The body of a Catholic priest from Baltimore, whose sexual assaults on teenage girls in the 1960s and 1970s caused the Archdiocese of Baltimore to pay out a dozen settlements last year, has been exhumed by Baltimore County police still trying to solve the 1969 slaying of Sister Catherine Ann Cesnik, police said Thursday.

"Police Exhume Body of Priest as They Investigate 1969 Slaying of Baltimore Nun" is from the May 05, 2017 True Crime section of The Washington Post. It was written by Tom Jackman and narrated by Jill Melancon.