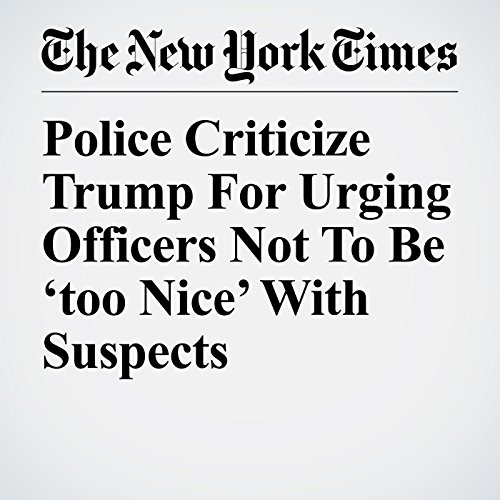 President Donald Trump’s admonition that police should not be “too nice” while transporting suspects drew laughter and cheers from a crowd of officers Friday, but police officials swiftly made it clear they did not find the words funny.

"Police Criticize Trump For Urging Officers Not To Be ‘too Nice’ With Suspects" is from the July 29, 2017 Domestic section of The New York Times. It was written by Brian M. Rosenthal and narrated by Keith Sellon-Wright.