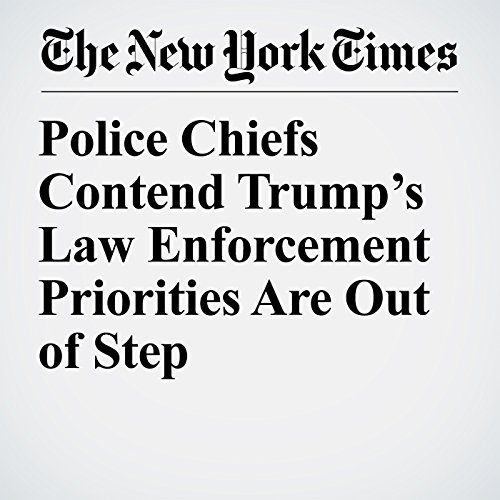 Not surprisingly, President Donald Trump’s approach to crime, which began to take shape in a series of moves last week, generated swift criticism from liberals and civil rights groups.

"Police Chiefs Contend Trump’s Law Enforcement Priorities Are Out of Step" is from the February 12, 2017 U.S. section of The New York Times. It was written by Timothy Williams and Richard A. Oppel Jr. and narrated by Kristi Burns.