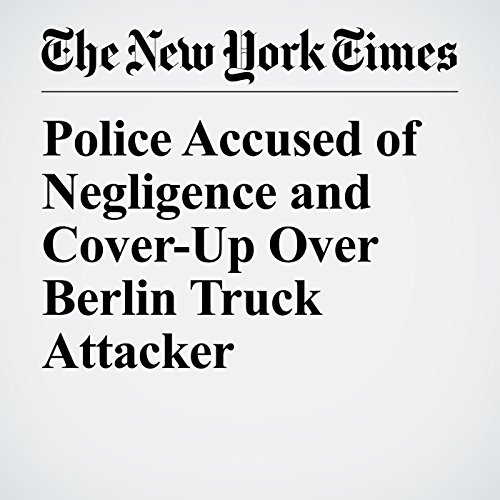 Police Accused of Negligence and Cover-Up Over Berlin Truck Attacker

Anis Amri, the Tunisian man who killed 12 people in an attack on a Christmas market in Berlin in December, had been flagged weeks before the attack as a high-level drug dealer, according to a newly discovered police document that has stirred an uproar in Germany.

"Police Accused of Negligence and Cover-Up Over Berlin Truck Attacker" is from the May 18, 2017 World section of The New York Times. It was written by Alison Smale and narrated by Kristi Burns.