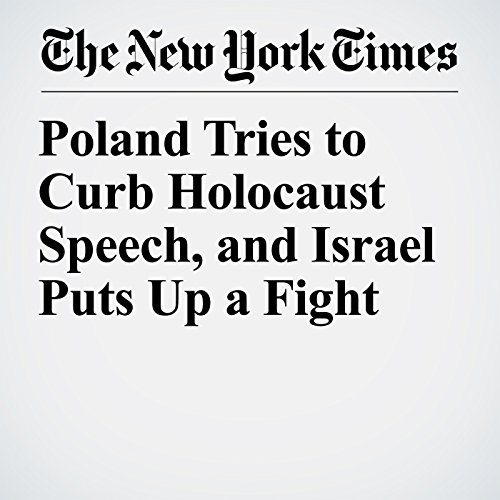 Even as international pressure mounted on Poland to back away from a new law that would make it illegal to blame Poles for crimes committed by Nazi Germany, the Senate passed the legislation Thursday.

"Poland Tries to Curb Holocaust Speech, and Israel Puts Up a Fight" is from the February 01, 2018 World section of The New York Times. It was written by Marc Santora and Joanna Berendt and narrated by Keith Sellon-Wright.