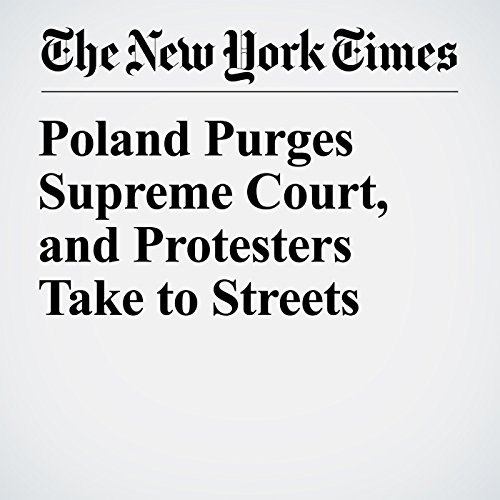 WARSAW, Poland — Poland’s government carried out a sweeping purge of the Supreme Court on Tuesday night, eroding the judiciary’s independence, escalating a confrontation with the European Union over the rule of law and further dividing this nation. Tens of thousands took to the streets in protest.

"Poland Purges Supreme Court, and Protesters Take to Streets" is from the July 03, 2018 World section of The New York Times. It was written by Marc Santora and narrated by Keith Sellon-Wright.