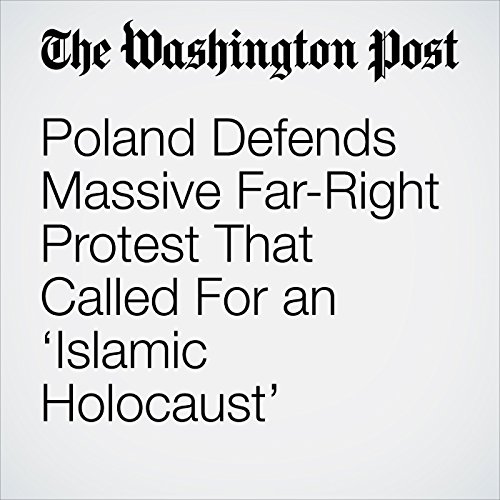 The official celebration of Poland’s 99th independence day went innocuously, with the usual ceremonies in the capital. But for blocks and blocks and blocks beyond the central towers of Warsaw, a much larger crowd swelled beneath a cloud of red smoke.

"Poland Defends Massive Far-Right Protest That Called For an ‘Islamic Holocaust’" is from the November 13, 2017 World section of The Washington Post. It was written by Avi Selk and narrated by Sam Scholl.