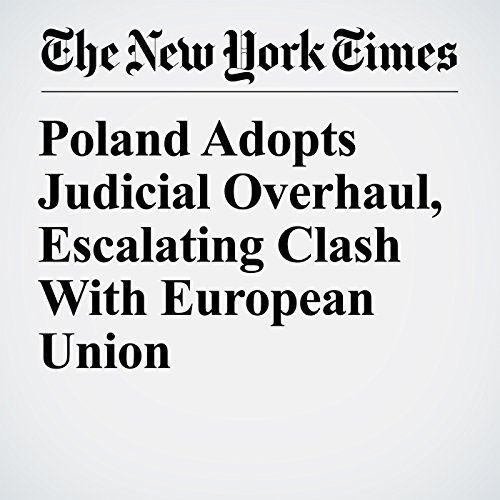 Poland’s president signed sweeping legislation Wednesday to overhaul the country’s judicial system, a move critics say fundamentally undermines the rule of law in a nation that only three decades ago broke free from the yoke of the Soviet Union.

"Poland Adopts Judicial Overhaul, Escalating Clash With European Union" is from the December 20, 2017 World section of The New York Times. It was written by Marc Santora and Joanna Berendt and narrated by Archie Montgomery.