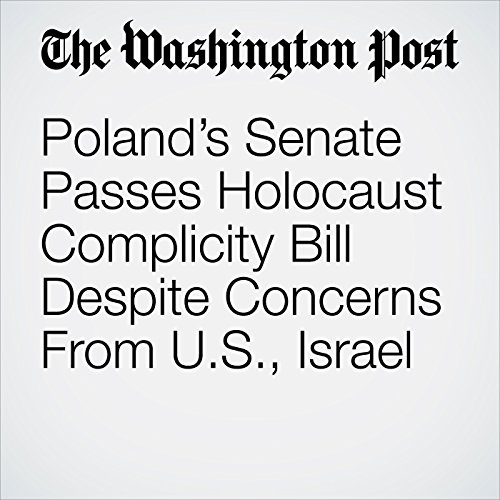 Despite Israeli and U.S. criticism, Poland’s Senate approved a highly controversial law Thursday that bans any Holocaust accusations against Poles as well as descriptions of Nazi death camps as Polish.

"Poland’s Senate Passes Holocaust Complicity Bill Despite Concerns From U.S., Israel" is from the February 01, 2018 World section of The Washington Post. It was written by Rick Noack and narrated by Sam Scholl.