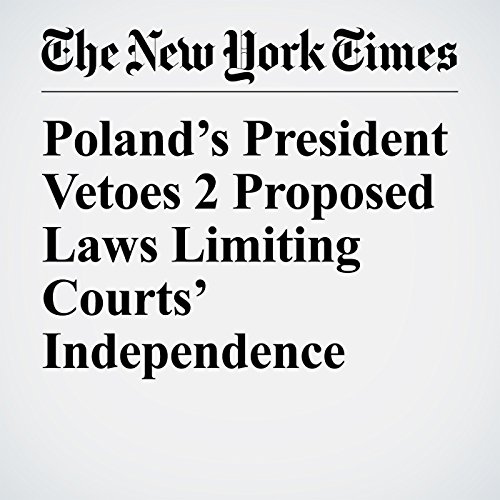 Following tumultuous protests and warnings from the European Union, Poland’s president vetoed two proposed laws on Monday that would have given the right-wing governing party direct control of the judiciary.

"Poland’s President Vetoes 2 Proposed Laws Limiting Courts’ Independence" is from the July 24, 2017 World section of The New York Times. It was written by Rick Lyman and narrated by Keith Sellon-Wright.