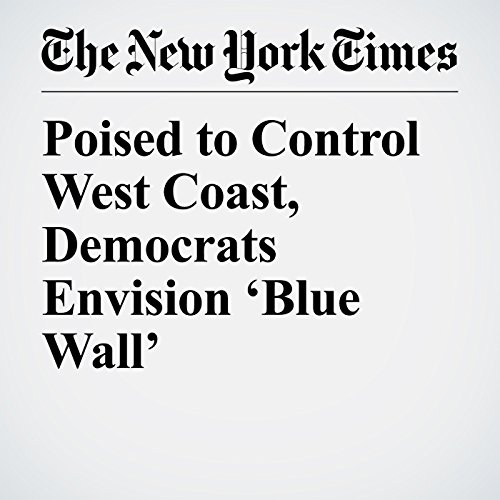 It is the stuff of liberal fantasies: a vast, defiant territory, sweeping along the country’s Pacific coastline, governed by Democrats and resisting President Donald Trump at every turn. A single election in a wealthy Seattle suburb on Tuesday could make that scenario a reality.

"Poised to Control West Coast, Democrats Envision ‘Blue Wall’" is from the November 04, 2017 U.S. section of The New York Times. It was written by Alexander Burns and Kirk Johnson and narrated by Kristi Burns.