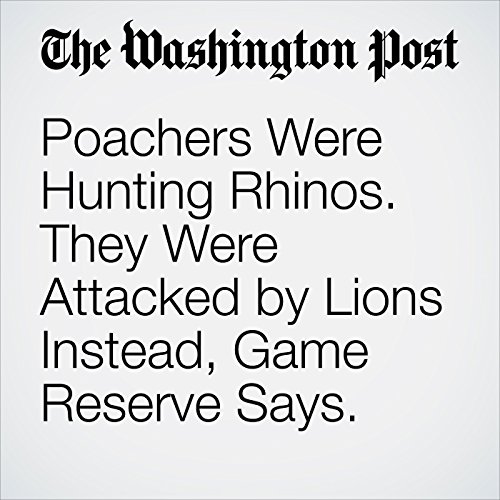 Sometime after the sun set Sunday, a group of men entered a dark South African reserve carrying a high-powered rifle, a silencer, an ax and a wire cutter — tools that poachers use to shoot and kill rhinos before sawing off their horns, according to Nick Fox, the owner of Sibuya Game Reserve.At least one of the men never made it out.

"Poachers Were Hunting Rhinos. They Were Attacked by Lions Instead, Game Reserve Says." is from the July 06, 2018 World section of The Washington Post. It was written by Deanna Paul and Lindsey Bever and narrated by Jenny Hoops.