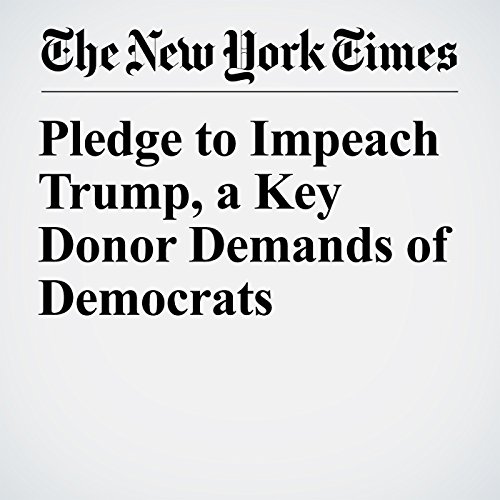 Pledge to Impeach Trump, a Key Donor Demands of Democrats

One of the Democratic Party’s most prominent financial backers is demanding that lawmakers and candidates on the left support removing President Donald Trump from office, putting pressure on Democrats to make Trump’s ouster a defining issue in the 2018 midterm elections.

"Pledge to Impeach Trump, a Key Donor Demands of Democrats" is from the October 11, 2017 U.S. section of The New York Times. It was written by Alexander Burns and narrated by Keith Sellon-Wright.